Learn more about Maple Creek's history by exploring our local museums or taking one of our many heritage walking tours.

In the fall of 1882, construction of Canada's first transcontinental railway halted for the winter just east of the present day town site, where a number of crew workers set up a wintering camp. In the spring of 1883, buildings and businesses sprung up and Maple Creek was born. The town grew quickly and by 1886, it was decided that the "village" was big enough to warrant an "overseer." Mr. J.J. English was elected to this position.

In 1903, Maple Creek was incorporated as a town, and Mr. J. Dixon was elected its first Mayor. In 1907, the Mayor and Councillors decided to proceed with a gravity-fed water system for the town. Water was piped into the community from springs located SE of Maple Creek. Most of Maple Creek's present water supply still comes from that main source. Circa 1910, Maple Creek had power for only a few hours each night.

A sewage system was installed in the community in 1913. During 1913, there was a large increase in population. It was reported that approximately 600 train cars of settlers' effects were unloaded at the Maple Creek Station. The town also had its own electric light system and a flourmill in the early years.

For hundreds of years, the Cypress Hills were used as a wintering ground for the Plains Indians. The hills were also important because they provided firewood, wild game, and lodgepoll pine, which are excellent for tipi poles and travois for both dogs and horses. No native group ever monopolized the Hills and so it was a winter home to many groups such as Cree, Assiniboine, Blackfoot, Gros Ventre, and others.

Fort Walsh played a large role in the development of Maple Creek. The Fort was built in 1875, with the Town of Fort Walsh soon following. During its day, the town was the largest centre between Winnipeg and Vancouver. However, when Fort Walsh was abandoned in 1883, the town's people abandoned the town as well. The NWMP moved to new barracks just outside of Maple Creek, which operated until 1920. The town's people flocked to the railhead in Maple Creek and Medicine Hat to continue their businesses.

In 1993, Maple Creek was awarded the title of "Friendliest Town in Saskatchewan." This award believed to be given to the town because the community holds many pioneer virtues such as neighbor helping neighbor, honesty, hard work, and the value of a handshake to make a deal. 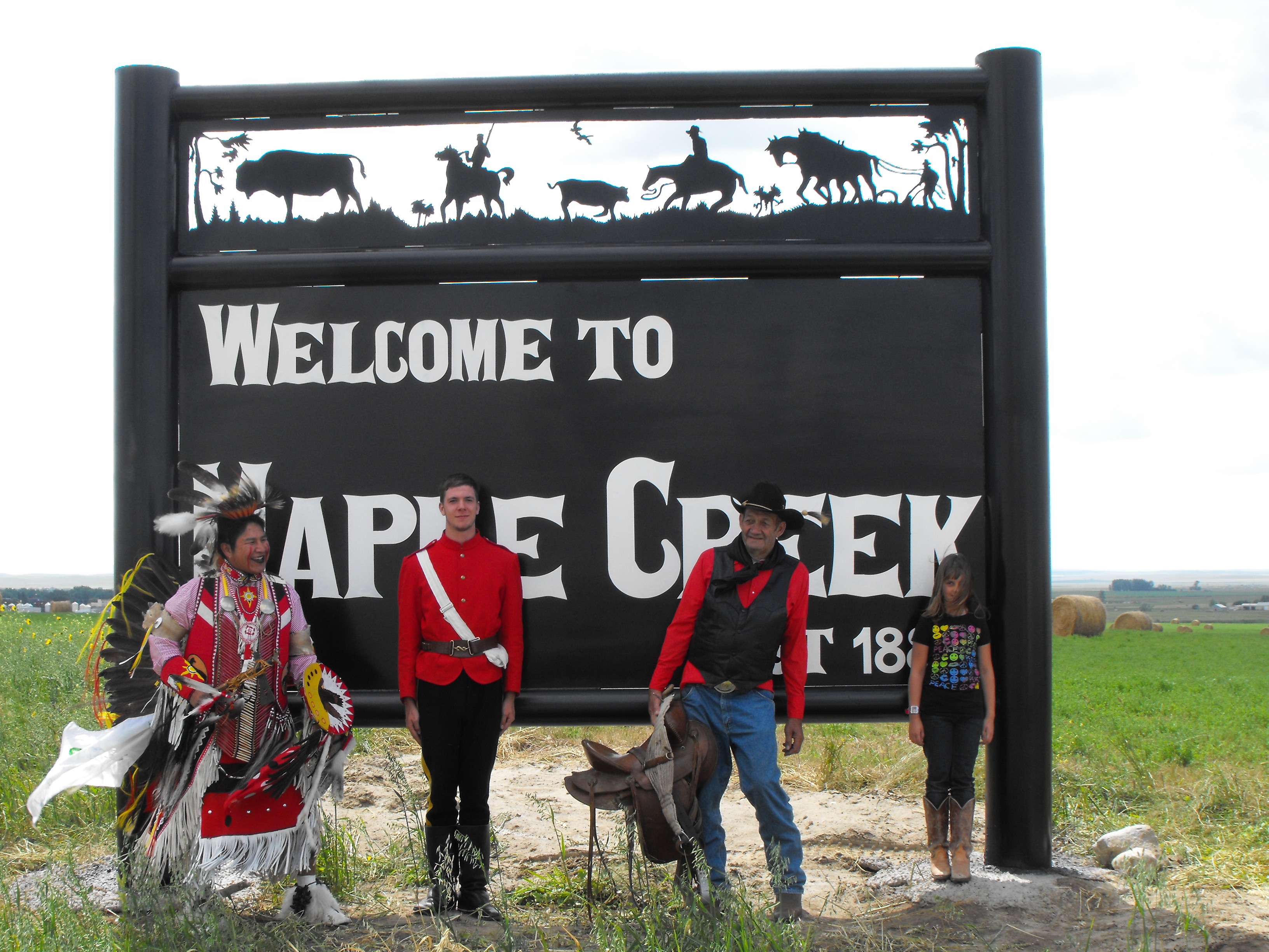